Where is the music going? 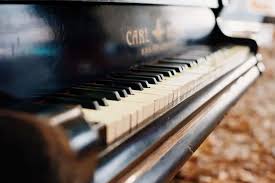 When I was a teenager, my mother bought me a stereo set, or rather a HiFi, but not like those sold today, no, it was a real stereo HiFi with the various separate components: turntable, amplifier, tuner, cassette player and of course two huge three-way bass reflex loudspeakers. Let’s say that that was the beginning of my journey in music. A path that led me to listen to the “boyish” things that were produced at the time, but also to listen to less recent productions that can be considered real milestones in music.

Among these historical pieces, one has certainly touched me deeply because it is there that I discovered the “sevenths” and the “ninths” with all the variations of the case. I’m not going to dwell on what a seventh is, whoever plays it knows very well, the others, okay, search Google.

In any case, this 1960 piece by Bruno Martino, entitled “Estate”, had a masterly arrangement by Big Orchestra, in fact just a milestone.

In 1960 that type of Jazz was quite popular and in some ways greatly influenced the culture of the time also in the new born television and in the cinema, with remarkable soundtracks. And so it was that Bruno Martino, a pianist, wrote and interpreted this song which, for melody and harmony, is an indiscussed masterpiece.

It is so much remarkable that other artists took it up again and I am not talking about random people coming out of some reality shows but of artists like Joao Gilberto, Chet Baker, Toots Thielemans. Anyway, this song came back to me because today, listening to yet another Trap piece on the radio, I got a flash.

Now I have nothing against this musical genre, I mean Trap. It is no true, it makes me very nervous because for the most part it is a jumble of sounds without any sense. But I wondered, is this Trap what we really want to leave to those who will come next?

I very much hope that some youngster wants to go deeper and discover a world before him in which music was really played and there was a taste for melody, harmony so much that the lyrics often took second place. I hope that some kids, even with a simple iPod, will be able to find their way back to music today. No, come on, ride from some music but for sure, things like “Estate” or other small 45rpm masterpieces, we won’t hear any more. I am really afraid of this.