The strange world of CrossFit competitors 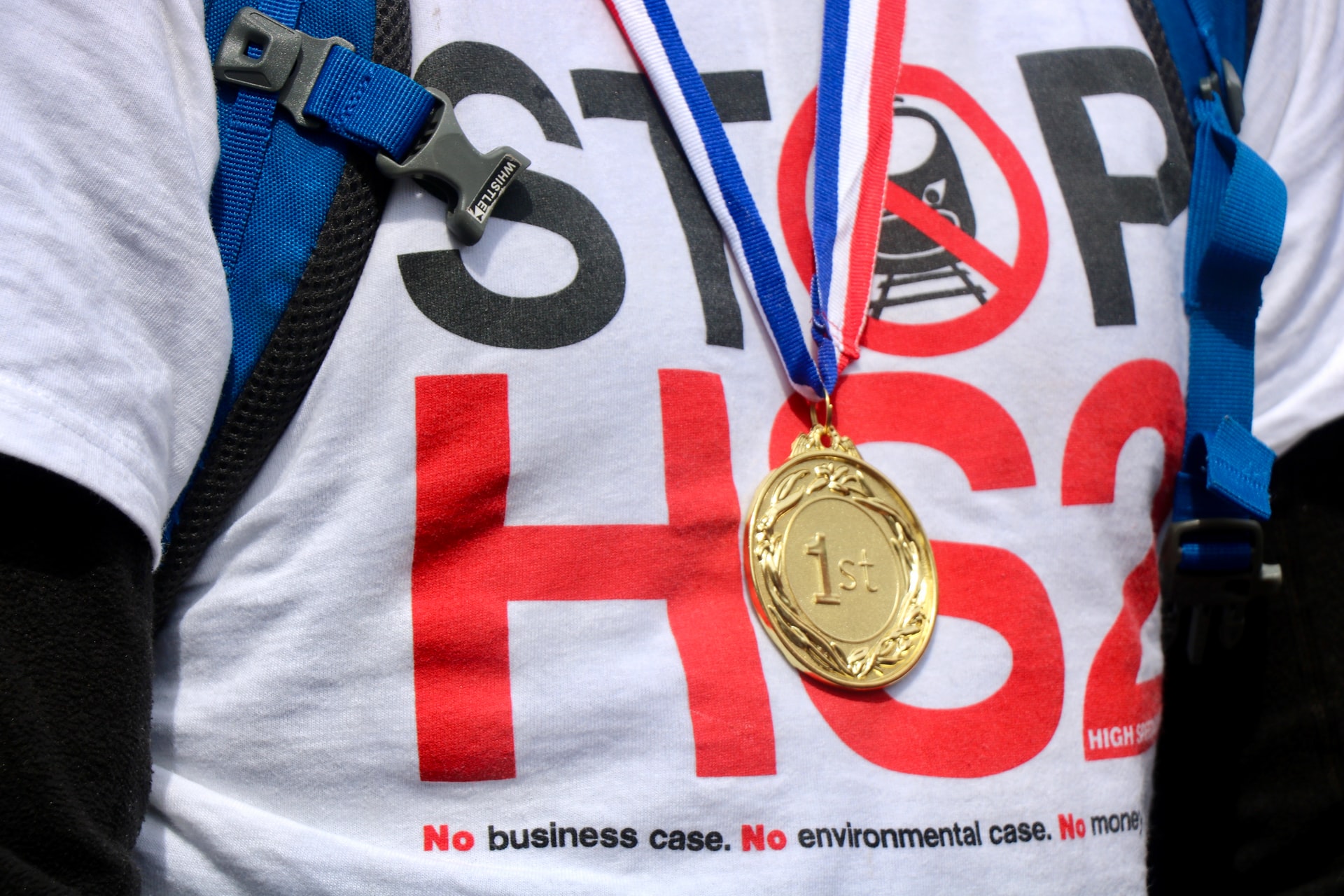 If the world of CrossFit is already bizarre, that of the competitors that populate it is strange to say the least. As strange as the approach that many Boxes have towards them.

How do you define a competitor?

There are various interpretations of exactly what a competitor is. Giancarlo, who trains 2 or 3 days a week doing classes to take part in the Sausage Throwdown, is not a competitor but an amateur who from time to time tests himself against other amateurs of his level. Amateur does not mean that he is incompetent or clumsy, just that he 'enjoys' what he does. This does not detract from the fact that Giancarlo is particularly gifted and could have a future at the highest level, but with the little time he dedicates to training he is clearly at a disadvantage compared to those who train harder and with greater resources.

Marcella, on the other hand, despite her work, manages to carve out 6 training sessions a week and follows a generic schedule other than classes in order to participate in some intermediate level competitions during the year. Marcella is not a competitor. She is certainly one of the best athletes in the box in which she trains but, as in the previous case, without a greater commitment of time and resources, her prospects are limited. This is why we talk about amateur sport; most people practice it in their spare time, as a hobby, combining its usefulness with the possibility of getting some satisfaction in small competitions.

Marco organises his day according to his training sessions, alternating between work and sport and is strongly determined to achieve the highest possible results that he has set as his top priority at this time of his life. He trains with two sessions a day of about two and a half hours each, working with a programme customised for him by a coach and various specialists in various disciplines who constantly follow him day after day.  Marco only participates in the top competitions, recognised at continental or global level. He follows a strict diet designed for him in detail by a nutritionist who supports him together with an osteopath, physiotherapist and mental coach and practically has no private or social life. Marco is a competitor. He is not a professional because he does not receive a salary for doing what he does, but he is a competitor, or rather a competitive athlete.

And this explains why generally top-level competitive athletes are almost all box trainers or coaches.

But there is more.

The fundamental difference between the three characters in our story lies in their goals, the choices they make and their scale of priorities. We know that it is one thing to want something and another to work for it.

It is one thing to want to win a world championship one day; it is quite another to plan your future around your goal. There are people who know this and want to do it and are willing to make a lot of sacrifices to achieve their goal, and others who are not willing to make enough.

When I talk to elite athletes at Olympic or world level about this subject, the common denominator is the determination to achieve the result. This is doubly admirable because although it is said that hard work always pays off, one thing is a first position on the podium and another is a third: if you have given everything you have for a gold medal, receiving a bronze or silver medal will still be good but will always leave a bitter taste in your mouth. It will also act as an incentive to do better, of course.

It is true that sports clubs generally support the best athletes by providing resources that they might not be able to afford on their own. For example, by giving them a house or paying for a university near to where they train, or by providing competent and particularly experienced coaches and trainers. The sports club, in this case, bets on the best athletes, complementing and rewarding their determination

For this reason, when I meet someone who defines himself as a 'competitor', I always ask him what his objectives are and what he is actually doing to achieve them; most of them do not even know how to answer the first question, and in practice they train in circles, wasting time and resources. Among those who have defined precise objectives, perhaps with a structured competition calendar on which their programming is built, many unfortunately lack the necessary determination. Yes, programming, but followed a bit 'as it happens depending on the day and obviously with many fewer hours available for training.

Work and family are usually what holds them back from being able to dedicate themselves fully to their mission, but the inability to commit and sacrifice themselves also plays a dominant role in preventing them from being real competitors, inside and out.

Now some people might take umbrage, saying that then there would be no competitors, no more competitions and no possibility of comparing themselves with others. And I have to tell you that this is fine because not everyone has the head and the means to aspire only to the big competitions and to compete with the top athletes on the planet. But I also have to say that most of the so-called competitors can easily stay within their classes, without adding anything else to their training and go to the smaller competitions without disfiguring themselves. But without being a burden on their box owner either.

How does it work in other sports?

Athletes join the association and pay a fee to use the services, including the professionalism of the coaches provided by the association, whose purpose is almost always the promotion of their sport in the area, starting with the teaching of their discipline. This is what happens in the boxes, which in most cases are sports associations.

At a certain point you realise that some athletes are more talented than others and you decide to send them to participate in local competitions to test them and initiate them into competition. Note that it is the coaches who decide who competes and who does not. When some of these athletes show potential to aspire to higher levels, the association starts to diversify training by creating groups of athletes according to their abilities. And also the various categories.

It's not about excluding anyone, but simply acknowledging that there are people who are more gifted than others at doing certain things. Everyone is always given the chance to progress, even if it means extra effort for them compared to the 'gifted'. On the other hand, there may be 'gifted' people who are less motivated and determined than the less fortunate ones to whom they give way at some point. In other words, determination and talent are not optional, so if you are gifted but do not make an effort, at some point you will fall behind, and if you make an effort but are not gifted, at some point you will still fall behind.

These athletes go on in their careers and start competing in more and more important competitions: regional, interregional and national. At that point, almost always, come the federations that have a decisive role in composing, for example, the national representatives and is where usually establishes a clear difference between the elite athletes and the others, who are still talented but a step below the first. Apart from political issues, which we pretend do not exist.

Even at this stage it is not the athletes who decide but the selectors or coaches of the various national or federal teams who choose who goes forward. In the meantime, the associations or societies, whatever you want to call them, organise themselves and try to make it as easy as possible for their athletes to train. There are those who pay him the rent of a house so that they do not have to move too much, there are those who find them a flexible job that is compatible with training, there are those who provide the best coaches and athletic trainers or medical professionals if not even complete teams of all these figures together.

Now it is clear that not all societies can sustain these standards and that is why generally the best athletes come out of the military and more rarely from civilian sports associations: the state has more resources to bring into play to attract these young people and initiate them into competitive sport. The state has more resources to play with in attracting these young people and launching them into competitive sport, but the associations contribute to helping the most deserving athletes as much as they can, even if only by paying for a trip to a competition. And the athletes respond with commitment, perseverance, seriousness and dedication because if they do not respect the rules, they are out in no time.

The role of Boxes as a sports club

The boxes could and should help competitors to develop their potential in a way that is compatible with the rest of the activities, but at the same time competitors should accept the conditions of the boxes in terms of training sessions, timetables, choice of coaches and so on. A quid pro quo in which everyone makes an effort to achieve common results. Then perhaps it would make sense to talk about competitors and Boxes represented in competitions because they are all capable of advertising themselves without having moved a finger to get an athlete on the podium just as they are all capable of signing up for random competitions hoping to qualify through the intercession of the holy spirit. All the rest is just amateurism, in the purest sense of the word, but let's not talk about competitors.